December 2019: The View from this Side This is a hard View to write.  I always want to be upbeat and encouraging in my little corner of the magazine, but this month is more difficult than others.  Most of you know this has been a challenging year for our family, but as we face the first Christmas without my dad, it’s weighing heavily on me.  While I certainly don’t want to be depressing, I have always been transparent.  In that spirit of transparency, I’m sharing this in the hopes that our readers will pray for us as we face the holidays.  We appreciate all the prayers, encouragement, and support you’ve shown us this year!

On a better note – we have also been blessed with the most amazing physical therapist for my husband, Tim! She comes to our house twice a week and as we approach the one-year anniversary of his stroke, we are seeing some major momentum and improvement to his overall health and strength!  Nothing makes me happier than to see my best friend feeling healthier and happier than he has in months!

And of course, as we bring this year to a close, I would be remiss if I didn’t thank my daughter and right-hand once again.  Brooke has stepped up to the plate time and again over the last year, helping out and making things happen when I simply couldn’t.  I’m so grateful for our amazing team and my amazing daughter who is proving to be a tremendous leader.

This is a special cover for me – Hip Chics Boutique has been a long-standing advertising partner for the last 15 years.  Indeed, they were my first boutique advertiser!  We’ve enjoyed a long friendship and relationship with Kristina and her team which always makes it a pleasure to feature them on the cover of our magazine!  We hope you will enjoy learning more about their store.

And we hope to see you at our annual GNO Christmas Party on Tuesday, December 3rd!  We are so excited about this event and have some great stuff planned at Sapona Country Club, including live music from Hawthorne Curve and a photo booth by Photo RAMIT Productions!  Reservations are strongly recommended.  See our ad on page 31 for the details!

Finally, thank you for reading!  As always, we can’t do what we do without you!  Please know you are appreciated!  And as you shop this holiday season, be sure to let our advertising partners know you saw them in this month’s issue! 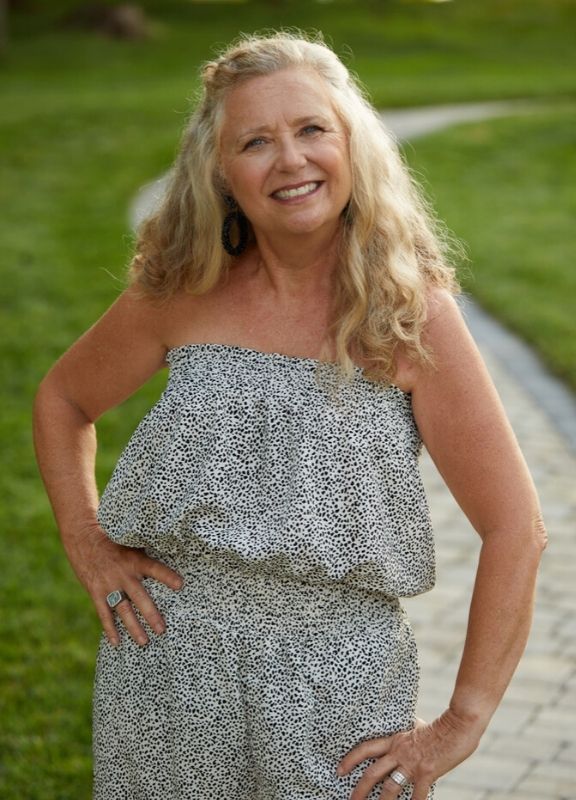 Keela Johnson — the one who started it all. Keela is originally from Winston-Salem, and for 30 years, she called Clemmons home. She is now enjoying (semi-) retirement life at Lake Norman with her husband, Tim, to whom she has been married since 1984. Together, they have two grown children, Brooke Eagle (who recently took over Keela’s position as publisher of Forsyth Woman) and Tanner, who works in technology and lives in Raleigh. Keela founded Forsyth Woman in 2005. Two years later, she launched Forsyth Family with friend and business partner, Robin Bralley. In 2011, she launched Forsyth Woman Engaged! (now known as FW Engaged) and, in 2015, Forsyth Community. Keela loves spending time at the lake with her family, where she’s picked up some new hobbies: paddle boarding, gardening and daily long walks with friends! Keela also loves to spoil her two grand-dogs, Carter and Ranger, and is an avid Carolina Panthers fan. While the magazines will always hold a special place in her heart, Keela loves her quieter life with Tim!
View More Articles
PrevPrevious ArticleReaching Your Audience
Next ArticleSecond Harvest Food Bank: Be Like JoyceNext