Developed in 1887, Winston-Salem’s West End neighborhood was designed by Jacob Lott Ludlow, Winston’s first city engineer. Listed on the National Register of Historic Places in 1986, the West End is described this way on livingplaces.com:

“As an entity distinguished from its surroundings, the West End today remains much as Jacob Lott Ludlow designed it in 1890: a picturesque residential neighborhood, which emphasizes the natural qualities of its landscape through the use of curving streets and occasional parks. Into this idyllic setting were built some of the finest houses in Winston-Salem between 1887 and 1930, representing the most popular architectural styles of the day….”

And now, 35 years after achieving status as a nationally recognized neighborhood, Winston-Salem’s West End is more vibrant and attractive than ever thanks to the thoughtful and intentional expansion of commercial offerings.

On any given day, you can find free parking along Reynolda Road or West End Boulevard and then spend a couple of delightful hours – or run in and run out – of a handful of welcoming and thriving businesses! (In alphabetical order, so my favoritism doesn’t show!)

Alkali Hair Studio describes itself as “a modern, upscale salon for the discerning customer.”

When you talk to owner Amber Woodall, you’ll see it’s actually much more.

A charming boutique that helps others create spaces that welcome people and invite joy.

An out-of-this-world delicious bakery where everything is made from scratch, using organic milled flour from North Carolina.

Their use of the word ‘local’ isn’t there to be trendy. It is intentional and has a level of commitment behind it that is awe-inspiring! For example, all food items sold by Smoke City Meats are from North Carolina, most from within a 70-mile radius of the shop.

From the minute you step inside this West End treasure, you feel welcomed and at ease, as you browse the aisles taking in the enormous variety of ladies’ clothing, accessories, shoes, jewelry, and local art.

This writer looks back fondly on the four years I lived in the West End when I first moved to Winston-Salem in the early ‘90s. My first apartment on West End Boulevard had only a clawfoot tub, no shower, and the turn of the century house that my husband and I bought just three doors down from that apartment dripped with character and imperfection.

We were married in that house.

While we adored our time there and the winding walks we took down West End Boulevard to throw a ball for the dog in Hanes Park, we both harbor a bit of jealousy of the residents of that neighborhood today. To have these forward-thinking businesses as neighbors is a real gift that has perfectly poised this historic neighborhood to shine well into the next century! 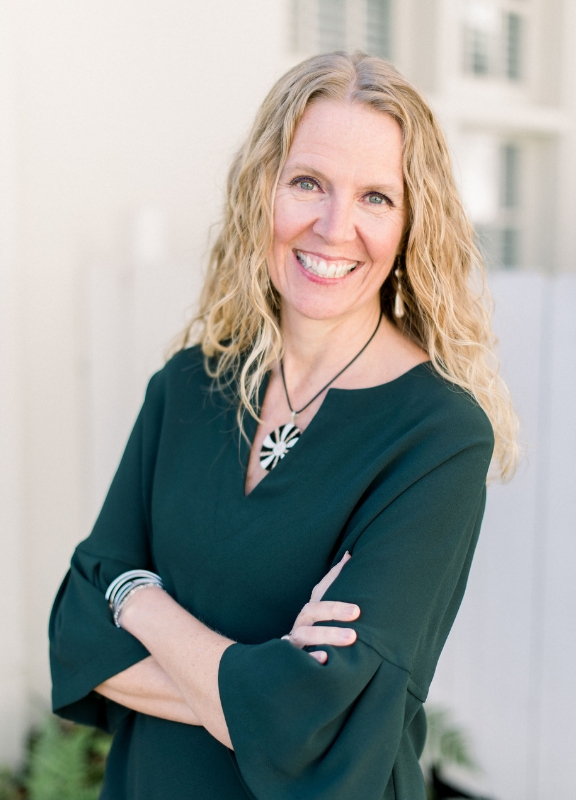 Tabatha grew up in western and central New York State before migrating her way south to Winston-Salem. She has an associates degree in travel/tourism and aptly so! Her first job was on a cruise ship when she was 18 years old and she has visited more than a dozen countries. Tabatha has been married to her husband, Bobby, for 22 years. They are proud parents to a son, Beau, who is a Sailor in the U.S. Navy and they share their home with two crazy Boston Terriers. By day, you’ll find Tabatha in Reynolda Village where she is the Sales Manager for a historic event venue, The Barn at Reynolda Village. Working with the Forsyth Magazines team is a great outlet for her enthusiasm for weddings and community! In her spare time, Tabatha enjoys kayaking, painting, camping and reading. And, of course, with a degree in tourism – she loves to travel!
View More Articles
PrevPrevious ArticleThe Pain of Losing a Friend
Next ArticleWork Life Balance Isn’t a Numbers Game: How the Women Behind Starboard Accounting & Consulting Prioritize Passion and ProfitNext