Women in their late 20s can all agree that turning 30 feels like a death sentence for youth – or so we’re told. Society often makes generalizations about how everything seems to go downhill after your 20s, but is this really the case? After all, 30 is far less than half of the average lifespan. Your favorite actors and actresses, musical artists, and reality TV stars also happen to be in their 30s – so why are we conditioned to dread our third decade of life?

Sadly, there are a few biological and evolutionary theories that help explain why women fear being undesired by potential partners after 29. Women’s fertility often peaks in their mid-20s, and begins to gradually decline after 30. Evolutionary psychology suggests that fertility is a major factor in a woman’s “mate value” to prospective male suitors, insinuating that men are subconsciously wired to primarily focus on propagating their genes, therefore seeking out women who purvey an aura of fertility for pair bonding. However, it’s unclear how much weight this theory carries in 2022, when many individuals are waiting longer to “settle down,” marry, and have children – if even at all.

As the years have rapidly progressed since we were cavemen, our genes have not had enough time to “catch up” or reflect the current state of affairs, which psychologists often describe as an evolutionary mismatch. For example, evolutionary psychology theories also suggest that women are hardwired to be attracted to physical strength and resources in their potential male partners, which equates to a sense of security from predators in the wild, along with healthy genes for birthing healthy babies, all of which were crucial to our ancestors in continuing the human species. In 2022, seeking out a partner with a six-pack and high testosterone can be problematic to women looking for a monogamous relationship, as physical appearance is often not indicative of someone’s ability to make a stable and trustworthy partner and parent. What was important centuries ago isn’t necessarily what’s important today. After all, we now have microwaves and Wi-Fi. It’s time to consider that our preconceptions about age in terms of our value to potential romantic partners might be a bit outdated.

We’ve all heard mumblings and lighthearted jokes about how waking up in the morning as a 30-year-old carries back pain and other bodily aches, that your knees won’t work like they used to, and how wrinkles seem to appear overnight. Of course, it’s no secret that the joints and skin of an adult are not those of an adolescent; however, those who make these comments and jokes are forgetting how individual differences and personal responsibility play a role in one’s physical health and overall youthfulness. Eating well, exercising regularly, drinking enough water, drinking alcohol in moderation, and investing in a good moisturizer can prevent many of these alleged body aches and wrinkles that we’re forewarned about.

Reaching the ripe age of 30 doesn’t have to be so daunting. With more wisdom, money, life experience, and overall confidence, it becomes easier to decipher what you want out of life, what your strengths and weaknesses are, and what truly makes you happy. No longer being in your early-to-mid 20s has a myriad of benefits, but sometimes these upsides become obscured when you’re inundated with social media apps that happen to be monopolized by young adults. With age comes wisdom, meaning there’s a higher likelihood of feeling a sense of inner peace at 30 that you might not have felt during your junior year of college. It slowly becomes clearer that there is more to life than being eternally 23, especially when you look back at the lack of financial stability, naivety, and young adult narcissism you likely experienced in your early 20s. Being “in the know” when it comes to pop culture, the newest music, fashion trends, and internet slang loses its luster as you age, and becomes less important in the big scheme of things. As adolescents, we could never understand why our elders seemed so “out of touch,” and we promised ourselves that we would never be so lame. As it turns out, our elders were on to something; they were busy living fulfilling lives that didn’t revolve primarily around the opinions of their peers. In a way, they were living much more freely at 50 than we were at 20. 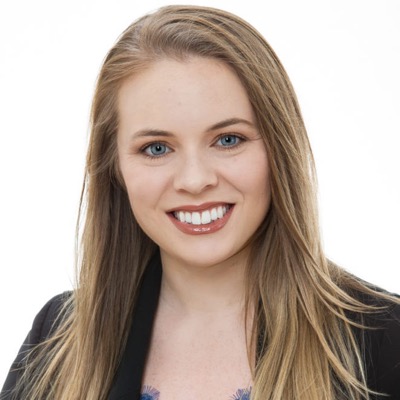 A Forsyth Woman writer since 2020, Amy earned a bachelor’s degree in psychology and a master’s degree in human resources from Western Carolina University. She has been an avid writer since childhood and currently focuses primarily on travel topics. When she’s not writing, Amy spends her free time researching and planning for her next adventure. During a two-week solo backpacking trip to southern Italy in November 2021, a brief stay in the ancient city of Matera in Italy’s Basilicata region awakened her intense interest in Italian culture, cuisine, and the language. Taking an off-the-beaten-path approach, she aspires to fully explore Italy’s lesser-known parts in the future and share travel tips she has learned with readers along the way.
View More Articles
PrevPrevious Article6 Feel-Good Things to Try in March
Next ArticleJon Marzano:  Founding Partner of Marzano Capital GroupNext