Sheriff Bobby Kimbrough – Serving Our Community and Its Citizens When Sheriff Bobby Kimbrough took office in 2018, he faced many of the same challenges law enforcement across the country face, like crime, school safety and an increasing community drug problem; however, he had no idea the challenges that were ahead for our community with the country, county and city on lockdown, much of two years, due to Covid-19. A whole new set of concerns and uncharted territory lie ahead, but he took his role on with a dedication and commitment to making our community safe and giving its citizens a voice.

On November 8th, Sheriff Kimbrough will be on the ballot for re-election, and the work and time he has put into his role in Forsyth County has made and continues to make a difference in our community. From those who have worked by his side for the past four years, to those who have seen their lives improved with the Sheriff’s Office under his leadership, the accolades go on and on for this man of the people.

Captain Charlene Warren, Commander of Operational Services for the Forsyth County Law Enforcement Detention Center (FCLEDC), one of three, has been in her role for more than 28 years, working with three different Forsyth County sheriffs. “Bobby Kimbrough came into our law enforcement family four years ago with a clean slate and fresh eyes. He had a vision, and if we didn’t agree or had reservations, he allowed us to have a voice without repercussions. Sheriff Kimbrough truly listened to our concerns and did everything he could to make working conditions even better. He knew very little about the detention side of FCSO, but he took the time to listen and learn, realizing that the Detention Facility is a city within our city. He makes rounds throughout the facility and listens to the residents. Sheriff Kimbrough also makes sure that the staff is doing well and never fails to express his appreciation for what we do. He has mentored each of us into being better people and, from the beginning, has called the Sheriff’s Office the ‘Office of the People’,” said Captain Warren.

Sheriff Kimbrough has a special passion for the youth of our county, and, in the past four years, he has gone above and beyond working with youth. Sheriff Kimbrough knows the importance of keeping the youth of the community engaged in education and informed of the consequences of their actions. Sergeant Butch Moore, FCSO Community Outreach, has seen firsthand how the sheriff steps up for those at risk of falling through the cracks of society.

“Through the Community Outreach within the FCSO, we work at building relationships with people, meeting their needs and establishing trust with people, especially the youth. There’s so much out there today seeking to destroy our kids, and meeting them where they are is important. From being hungry, to needing a bed, to dental care, to backpack and school supplies, we have so many kids in need, and Sheriff Kimbrough has taken the lead in addressing concerns with our youth. FCSO is involved with organizations in our community, like Samaritan Ministries, Camp Hanes and Second Harvest, to mention a few, to meet the needs of our youth and their families. We’re all very aware of the problems of drugs and addiction in our community, so Sheriff Kimbrough started the Never Walk Alone event, where we help residents of Forsyth County learn about both the disease of addiction and the many resources available in our community. During this event, multiple community leaders and local organizations who address addiction come and give people not only hope, but information on recovery, education and the resources they have available to them locally,” Sgt. Moore commented. Beyond those that work with Sheriff Kimbrough, local residents have been able to see a difference the last four years.

Mattie Young has been a resident in her Cleveland Avenue neighborhood for more than 50 years and has seen first-hand how the presence of law enforcement affects her community.

“Since Sheriff Kimbrough has been in office, he has made sure there are deputies patrolling my neighborhood, which has made a difference in crime. The deputies go out of their way to meet the residents, like myself, and let us know they are here for us and that we can talk to them anytime about our concerns,” Mrs. Young stated.

As Sheriff Kimbrough looks toward another four years, upon re-election, he wants to continue to work toward a better tomorrow. “To me, education is the true emancipator,” said Sheriff Kimbrough. “Education frees you and allows you to accomplish many things that otherwise you could not believe, much less achieve. People literally die from lack of education, which is why it is so important that we do all we can to provide pathways to education for our community. I can visibly see in the community the trust that we at the FCSO have nurtured the last four years. Through the trust and dedication of the FCSO family members and our community, I have had the privilege of implementing a variety of new events, initiatives and programs in my time as Sheriff. The entire FCSO family has been busy over the last four years, and we continue to move forward. We remain committed to reinforcing the structures we have built, while enhancing and multiplying the ways in which we are able to both protect and serve our community.” 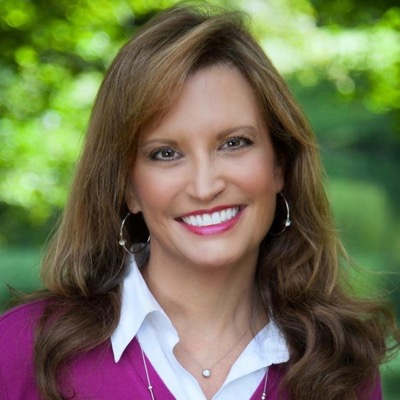 Carolyn grew up in Pfafftown and has been with Forsyth Magazines since 2006. With degrees in communication/journalism and psychology from UNC-G, she enjoys writing stories about local people and businesses making our community better through their efforts. Carolyn is passionate about helping animals and has four rescue dogs of her own. In her ‘regular’ job, Carolyn is a territory sales manager for a pharmaceutical company and has been in the medical industry for over 20 years. Carolyn enjoys spending time with friends, working out, specifically spin class, gardening, baking, and cheering on her Georgia Bulldogs. She is most at peace on a beach with her toes in the sand, reading a good book.
View More Articles
PrevPrevious ArticleThe Wild Horses of the Outer Banks
Next ArticleThe Families Behind the Names of Winston-SalemNext