Offended: Having an Opinion Isn’t Being Rude Offended: Having an Opinion Isn’t Being Rude

You’re in the middle of one of the (many) heated conversations that we’ve probably been part of over the past few years. You’ve got your opinion, it’s clear, specific, tested, tried, and true – and the person you’re talking to doesn’t agree with you. They’ve been stating their opinion for much of the conversation, and you decide to finally tell them that you don’t agree with what they are saying.

And their reaction isn’t a calm ok or a clear discussion about the difference in opinions. It’s quite reactive: they accuse you of being rude for expressing your opinion (even though they were expressing theirs the entire time all along). The responses continue to elevate, both of you are getting hurt feelings and the conversation abruptly ends.

Sound like something you’ve experienced? I think with social media and the immediacy of comments and reactions, coupled with the lack of social conversations we’ve regularly experienced in the past year, we’re having a collective experience of struggling with a difference in opinion, assertive communication, and the need to be placated to.

The problem is, people don’t necessarily know how to disagree respectfully. And when one person disagrees first, the other person might feel they are being rude – even if they are just being straightforward and to the point!

So how do we check our emotions, avoid getting offended and understand that folks aren’t being rude by disagreeing? Read on, and regardless of what side of the disagreement you’re on, next time put some of these tips in action.

Ok, let’s take this position first. The conversation is going on around you and someone says something you disagree with. Not just “Oh, I feel differently” but something that you disagree with in your bones to the point that you have to say something. First off: check your feelings. This isn’t to say that you shouldn’t be feeling, it is to say that you need to be aware of how you respond when you feel a certain way. One of my favorite ways to do this: start checking in with a feeling wheel. Google the “feeling wheel” and use it to identify your emotions in conversations – both when you’re disagreeing, being disagreed with, and just having a normal conversation. Use statements like, “I feel [emotion]” and even if you don’t say it out loud – identify it!

Now the important part – how do you communicate when you are feeling “bad” versus feeling “good”? When you feel bad, you probably communicate in a less than perfect manner. If you’re disagreeing with someone and you feel bad already, you’re probably going to easily get offended and feel like someone is attacking you if they push back. Does this mean avoid the disagreement? No – it means take a beat before you respond or engage in a “fight.” You’re responsible for relaying your opinion clearly and respectfully – you are not responsible for how they respond. If you’re expressing disagreement, try: I hear what you’re saying [summarize or reiterate] and I disagree. I think [what you think].

…if you’re being disagreed with…

The first thing here: check-in. The same rules apply as above! Take a moment to think about what the other person is saying: are they issuing a personal attack? Are they being straight and to the point and asserting facts? Too often, we confuse a direct statement – assertive or not – as rude, and often it is not! Before you jump on the defensive, take a beat and determine what they are saying. If you want to keep discussing it, try: Can you tell me more about what you think? This is a great way to continue the conversation, especially if you’re trying to discuss versus argue.

And remember: you can’t change how someone communicates, only how you respond. 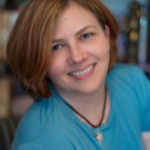 Forsyth Magazines writer since 2008. Denise hails from Gastonia, but grew up in Kernersville. With two brief stints living in other states (Texas and Ohio), Forsyth County kept calling her home, where she plans to stay. Denise has a grown son, Charlie, and shares her home with husband, Wayne, a local drummer. Denise loves her coffee and also loves animals, especially cats. In her spare time, Denise is an active volunteer for Proverbs 31 Ministries and serves in several capacities. Denise also writes a faith-based blog, MyGraceFullLife.com. On writing for Forsyth Magazines, Denise said, “I am so blessed to be a part of this incredible team, to meet these wonderful local business owners and to interact with our super-supportive readers!”
View More Articles
PrevPrevious ArticleWhat’s your apology language?
Next Article“Ideas Worth Spreading” – 6 Influential TED TalksNext