The Latin language is rarely spoken today. Even so, it is still taught in some schools around the world and it remains the official language of Vatican City in Rome. As an aspiring young writer, I was fortunate to have the opportunity to take Latin in high school. I was eager to do this because I knew that many of our English words have Latin roots. If you know the meaning of a Latin word, it’s often easy to guess the meaning of some English words. For example, if you know that the Latin word lacrimare means “to weep,” it’s easy to guess the function of the lacrimal glands in the corners of our eyes. Many other English words derived from Latin, such as canine, from the Latin word canis (dog), and fraternity, from the Latin word frater (brother).

While many people are at least vaguely familiar with some Latin phrases, most of us need to consult a dictionary to understand their meaning. With that in mind, here’s a little help: definitions for a dozen Latin phrases you’re likely to hear.

Deus ex machina (“a god from a machine”) – in writing, this is a plot technique that resolves a problem in an implausible way. The Cambridge Dictionary defines deus ex machina as “an unnatural or very unlikely end to a story or event that solves or removes any problems too easily.”

Bona fide (“in good faith”) – something well-intentioned, or done sincerely. Bona fide is the opposite of mala fide (“in bad faith”), something done to intentionally mislead or defraud.

Caveat emptor (“let the buyer beware”) – from the verb cavere, which means to beware or be careful. The idea is that the buyer is responsible to thoroughly investigate what s/he is about to purchase. The phrase is sometimes used as a disclaimer for items that don’t come with a warranty.

Et cetera (“and the rest”) – abbreviated as etc. It means “and so on,” or that there is more, not specified.

Anno Domini (A.D.) (“in the year of our Lord”) – The years before the birth of Christ are designated in English as BC (before Christ) and the years after His birth as A.D., an abbreviation of the Latin phrase, Anno Domini Nostri Jesu Christi (“in the year of Our Lord Jesus Christ”). We live in the year 2022 AD.

Quid pro quo (“this for that”) – a favor that is done in exchange for a favor; a reciprocal exchange. A modern legal application of this phrase is quid pro quo sexual harassment, where an employee’s job or benefits are made contingent upon sexual conduct.

Per se (“itself”) – According to Grammerly.com, per se is “…usually an adjective meaning in itself, by itself, of itself, or intrinsically. Unlike most adjectives in English, per se usually follows the word it modifies, as in…: The best controlled studies conclude that bed-sharing per se does not put infants at risk. [Sacramento Bee]

Ad hoc (“to this”) – a solution put in place to address a particular problem, such as an ad hoc committee or commission that is created to address a specific task.

Pro bono or pro bono publico (“for the public good”) – work done voluntarily and for free, often by lawyers.

Semper fidelis (“always faithful”) – Since 1883, semper fidelis has been the motto of the United States Marine Corps. It’s also the title of the USMC march, composed by John Phillip Sousa.

Non sequitur (“it does not follow”) – a comment that does not make sense in the context in which it was spoken, or a conclusion that doesn’t logically proceed from a premise. 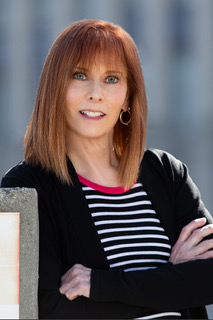